The Importance of Using the Entire Model Number

Every printer has a model number. Likewise, every toner and ink cartridge has a model number. To be entirely truthful, ink and toner cartridges usually have more than one assigned number—one on the box and one on the cartridge itself. Why? I don’t know. I do have a personal theory which involves an alien invasion while the majority of humans are preoccupied trying to match printers to their corresponding cartridges using arbitrary alpha-numeric codes. (I’m accumulating evidence to prove this alien conquest theory.) In the meantime, let’s talk about the importance of using entire model numbers.

It may seem like a trivial thing, but giving an incomplete model number has the potential to cause major headaches. Perhaps an example will work best to explain why.

Jane needs a toner cartridge for her HP printer. The old cartridge box says ‘83A’ on the package, so she orders an 83A cartridge. Simple enough?

When a magenta ink cartridge is delivered to Jane’s door, she’s baffled as to why? “My HP printer doesn’t even use ink or color; I wanted a black toner cartridge!”

In reality, ‘83A’ was only the tail end of a longer model number for the cartridge she needed. The entire model number reads CF283A for a black toner cartridge. There are at least two other HP cartridges that use ‘83A’ as a shorter designation— the HP 83 magenta UV ink (C4942A), and the (CF383A) for HP 312A magenta toner.

Are you feeling that headache coming on yet? Don’t stress it. These mistakes are easy enough to avoid. Just look for the entire item or model number for your cartridge before placing an order. To be extra sure, include the printer model number as well. And, no matter how long it is, give the complete model number because there is a difference between the

If your HP Color Laserjet Pro MFP M280 or M281 printer has stopped printing and a “Supply Problem” message has appeared on the display, HP automatically upgraded your printer firmware. This upgrade includes code that stops the printer from recognizing present compatible toner cartridges. Follow the instructions below to downgrade your firmware and bring your […]

…to Keep Compatible Ink Cartridges Functioning in Your Printer More printer manufacturers are using firmware updates to block the use of compatible ink cartridges. This is great if you want to push people to buy OEM inks. This is not so great if you don’t want to pay high OEM prices. So, is there a […]

This site uses Akismet to reduce spam. Learn how your comment data is processed.

“Turn of automatic firmware updates so compatible toner cartridges continue to work in your printer.”

Extending the Life of Ink Cartridges 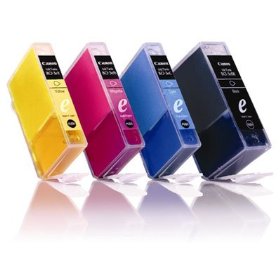 Proper use and handling of your inkjet cartridges will prolong their life. Following the tips below will keep your cartridges working longer and improve the quality and quantity of your prints.

Need toner? The quickest, most accurate way to order toner or ink cartridges is through our EasyOrder online order form.